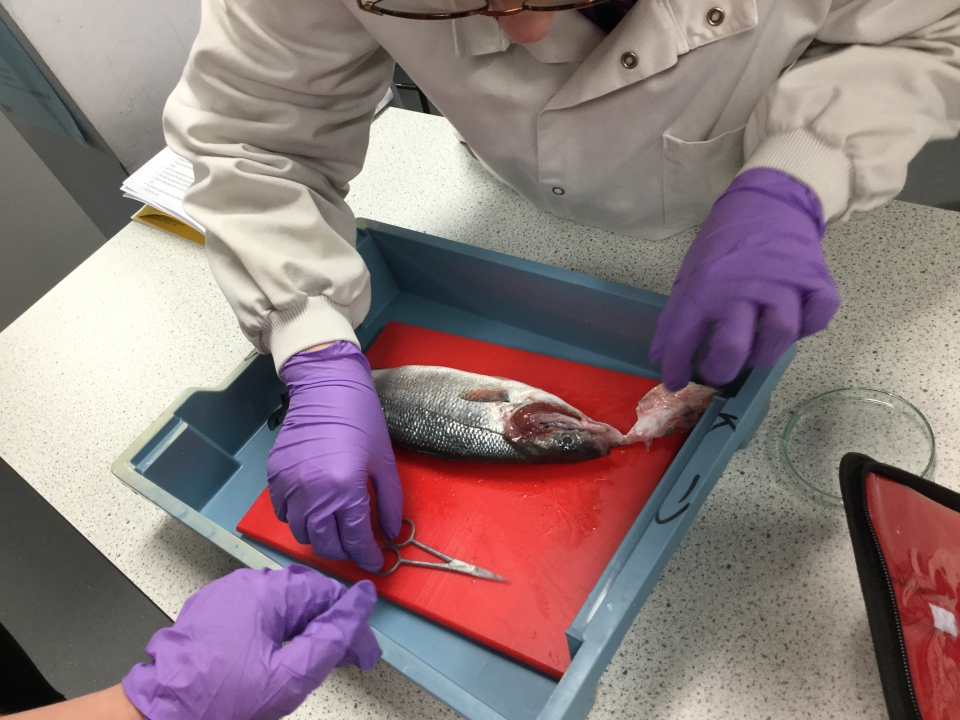 Our Year 12 students have been dissecting gill filaments in and out of water to show the increase in their surface area allowing maximum absorption of oxygen during the counter-current flow of blood and water.

Locusts have been cut open to expose their trachea which are clear. The students have taken samples and mounted them on slides to magnify them so they can be seen clearly. Their exchange systems are a lot simpler than ours, they don't require large organs for transportation as oxygen can pass through to respiring cells quickly via the tracheoles.

We then also have pictures of the lungs where we can see rings of cartilage in the trachea ensure it remains open. These then branch into two bronchi and then bronchioles. Bronchioles can been seen as small holes through out the bronchi which end in alveoli. These are the small air sacs where gas exchange takes place transferring oxygen into the bloodstream. The students also took the opportunity using tubing to inflate the lungs to show the expansion of the lungs during inspiration.