CalendarNewsletterExamsHomeworkRemote
The school is now closed except for students of keyworkers. During lockdown the school day and for online lessons is 9am - 3.30pm. Please see the student and parent portal for further information.

The year 7 rounders team storm through to the city finals! 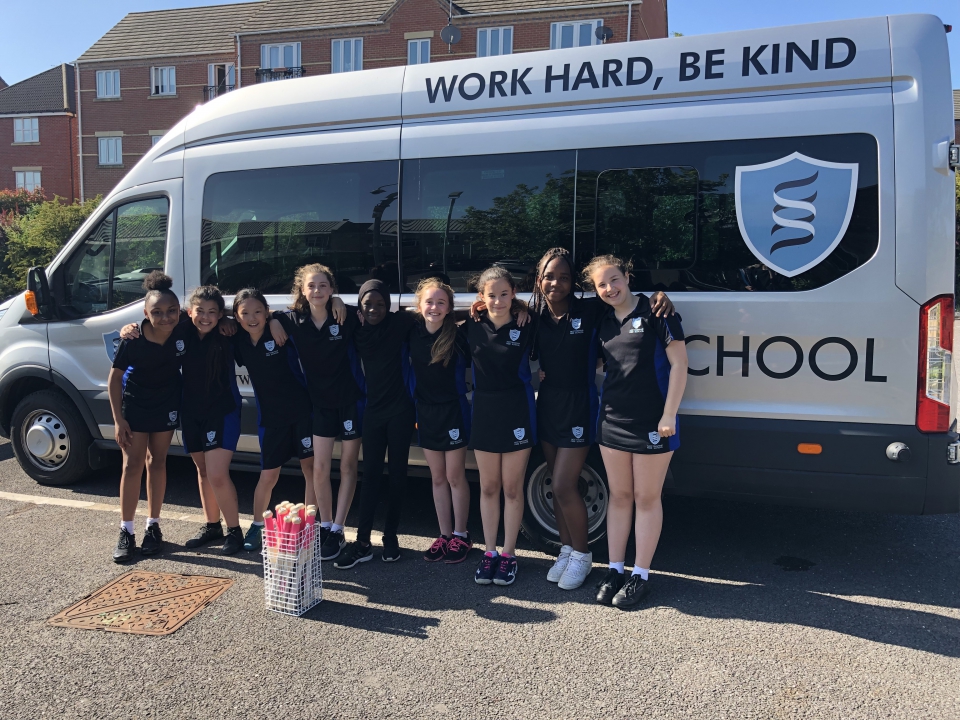 Well done to the Year 7 Rounders Team on reaching the Nottingham Schools City Finals Rounders Competition after winning the first 2 ties of the fixtures!

The first tie was played at home against NUAST, Nottingham Academy (Ransom Rd) and a friendly against Hollygirt (who bought some Y8 players, meaning that the game would be a friendly). The girls stormed to a 6 ½ to 2 ½ victory against a new NUAST team and then lost their friendly 2 ½ to 4 ½ to the more experienced Hollygirt Team. The girls were tense heading in to the final game of the first tie, against Nottingham Academy but held their nerve to a convincing 9 ½ to 3 win, with some excellent reverse hits from Hannah Martin. At the 2nd tie in the following week, the girls travelled to Valley Road (High School Grounds) to face Bulwell in the decider. The girls played very well and beat them 10 ½ to 4 ½,with some outstanding batting from Ruby Truman; meaning they progressed through to the City Finals, held here at NFS on Thurs 11th July!