Victory at the Urban Debate League 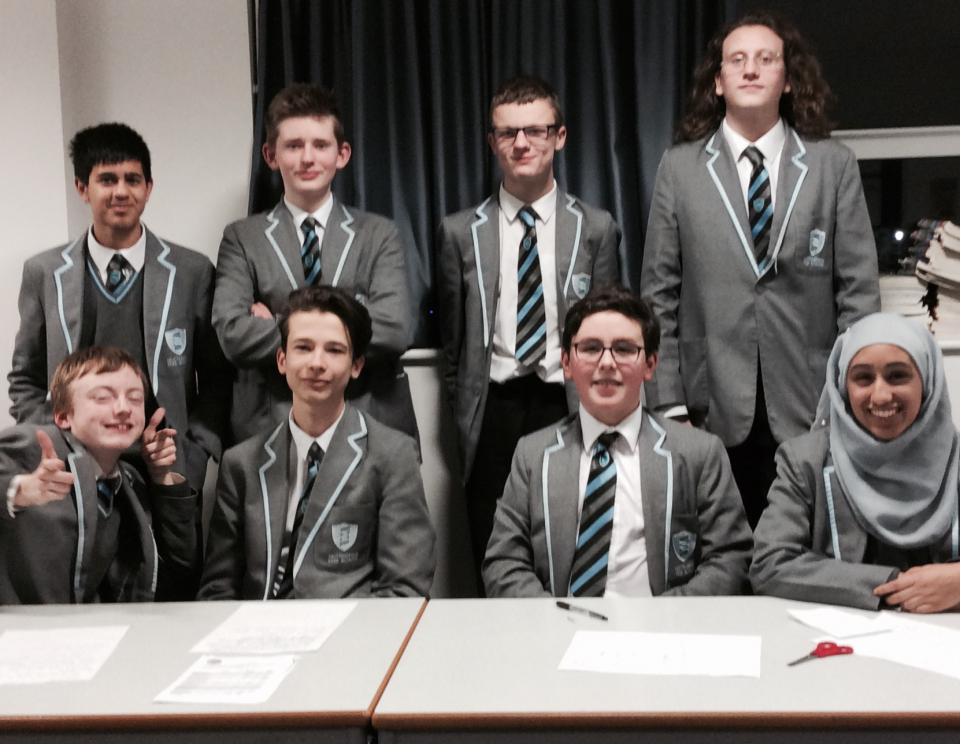 Tonight the debate mate enrichment group attended their first urban debate league. We joined four other schools, Nottingham Girls Academy, Frederick Gent, Red Hill Academy and Bramcote College. We debated against Nottingham Girls Academy twice. The first motion was "this house will ban advertising aimed at under 16's". We argued against this motion and won. The second debate was "this house will allow police access to private data". We argued for this motion. The students raised some fantastic, intellectual arguments and debated skilfully. I was very proud to take them. Thank you George, Noah, Solly, Saira, James, Yusuf and Nathan from year 9 and Luc from year 10. Try not to get into any arguments with them. They're fierce!